I was quite lucky to arrange an interview with Die Database right after New Years – they Skyped in from a cafe in Ikebukuro, and gave me their fully divided attention.  It took me a week to translate everything from the Japanese, but believe me, any weirdly exuberant phrasing is all theirs.

Junk Magnet: Happy New Year!
Masae: Yes!  Where are our big, fat envelopes full of money?
Satomi: I’m afraid that ship has long since sailed.
Masae: Well, at least I hope you sent us cute postcards.
Yuma: I’m eager to start my bunny card collection.
Masae: Did you at least send me some mochi?
Satomi: He doesn’t want you to choke before the interview starts.
Masae: I’m very upset. Give me a moment while I mentally compose a haiku about my first disappointment of the year.
Yuma: Please, start asking us your questions before we have to listen to her poem!
Junk Magnet: How are preparations going for your first tour of the year?
Satomi: Excellent. We’ve spent the past month practicing the Sheena Ringo songbook, and now we’re ready to play [Muzai Moratorium].
Junk Magnet: Your fans have been very perplexed by that – why is the first tour composed entirely of playing her albums in order?
Masae: Well, it’s not like we won’t play any of our songs, too.
Yuma: I lost a bet, and so instead of a tour full of Judy and Mary albums…
Satomi: We thought it would be an interesting challenge.  Plus, no matter how amazing Tokyo Jihen are, I wanted to draw attention back to our mistress, my muse.
Masae: It’s true – she knows every moment of every album.
Yuma: And she has that big red [Ringo Book] with the eye on the front.
Masae: We like to hide it from her, or take pictures of us with it at scenic spots around Tokyo.
Satomi: I’m going to take it back home to Kamakura, and hide it inside the big Buddha, so neither of them can bother it again.
Junk Magnet: How does your family in Kamakura feel about Die Database?
Satomi: My father doesn’t really care one way or another – he’s too focused on the lucrative souvenir trade.
Yuma: Don’t listen to her! When we played Kamakura her whole family attended, and they were right up in the front row.
Masae: They even sell Die Database merchandise at their shop.
Satomi: Yes, they are supportive.  However, I think my parents would be more impressed if my art was displayed in the Museum of Modern Art.
Masae: Didn’t you use to hang out there when you were younger?
Satomi: Both sites.  The Annex opened when I was a little girl, and I used to love to walk up the hill from my parent’s shop, and then run around all of the sculptures out front.  When I was a bit older I actually went there to appreciate the art, and I quickly decided that my life’s goal would be to make art good enough to become part of their collection.

Yuma: We think she’s good enough right now.
Masae: That’s right! When she first contacted 99% Natural, we were blown away by her sculpture.
Junk Magnet: Tell me more about when you all first met.
Yuma: Well, in 2008 I had just finished a series of swimsuit DVDs….
Masae: The kind that are all thongs and ass and hands over breasts, oh yeah!
Yuma: Let’s just say that I wanted to be an actress, but since my early teens I was being groomed as a future AV Idol, through gravure work.  So, I was getting more and more upset with my talent agency, but their attitude was that I was lucky to have that kind of exposure, so to speak.
Masae: Did you ever see [Tokyo Tower Suicides]?  Yuma was so awesome in that movie!  I must have watched it a dozen times when it came out on DVD – she’s just as good as Aoi Yuu or anyone else.
Yuma: I wouldn’t go that far. Still, I thought I should at least try to keep what remained of my clothes on before I turned 20. I was having problems finding good roles, since everyone wanted me to play some version of a whore, and modeling was the only thing really paying the bills.
Masae: When I worked nights at the Circle X, I would always read the latest magazines in between customers – my manager hated me for that.  When Yuma started appearing on more covers, I would make sure to study the photo spreads, and read the interviews, and I had such a crush on her!
Satomi: She still does!
Masae: Stop messing with me!  Satomi is convinced that the reason I keep breaking up with guys is that I really want Yuma instead.  I can’t speak to my lack of luck with men, but I can say that Yuma is still dreamy!
Yuma: Actually, I think Satomi is on to something!  That night I walked into Circle X to get a C.C. Lemon and some onigiri, Masae just about jumped over the counter and rushed at me hands raised, screaming.
Masae: Come on!  I admit that I did walk over to you while you were browsing, but it wasn’t like I was making a scene or anything.
Yuma: Seriously – she came over and pushed a flier into my chest.  “I’m making a band!” she said, “You must be the singer!”
Masae: For the past 5 months I had been trying to find the perfect singer and guitarist to go with my amazing drumming…
Satomi: Her drumming is definitely like a maze – you can get lost in it.
Masae: Absolute stunning drumming, and I had posted fliers all around Tokyo, not to mention hitting all of the message boards online.  No one had answered, and then Yuma walked into the store that night.  It was a sign!
Yuma: I think she must have read that interview when I said if I wasn’t going to be an actress, then I wanted to be in a band, like Kimura Kaela or something.
Masae: She’s so much cuter than Kaela, and I love Kaela, so I had been dreaming of Yuma as the lead of my imaginary band with exciting drumming, and then she walks in right in front of me.

Interview by Junk Magnet.  All illustrations by Paul Duffield. 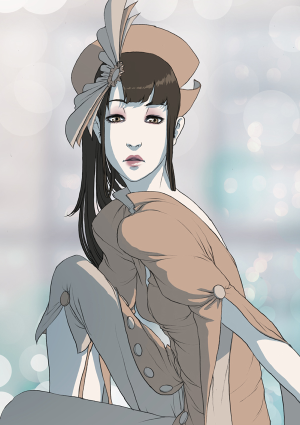 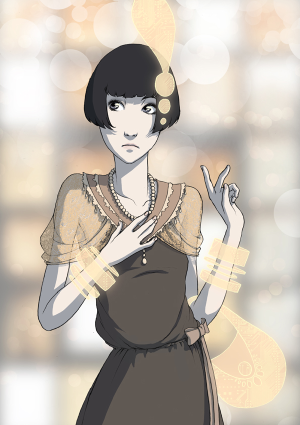 I’ve known Satomi Kurogane, the secret power behind Die Database, ever since she moved to Berkeley, California in 2005.  Not that she […] 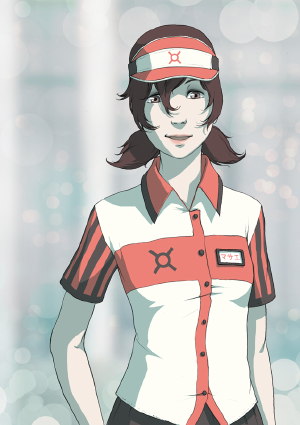